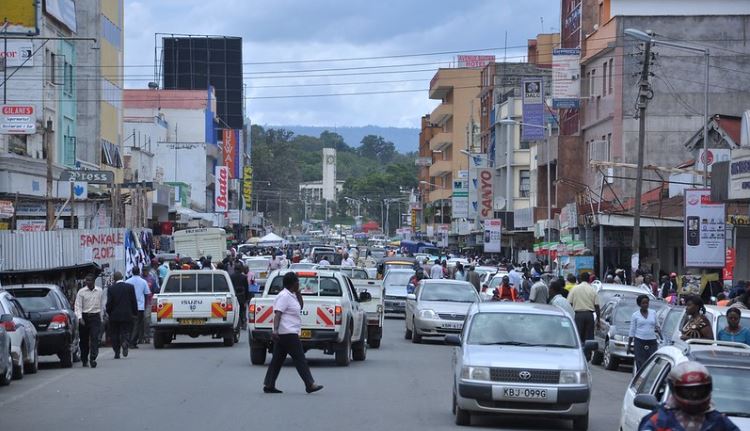 Training on Conflict Sensitive Reporting Promoted Peace During the 2022 Election

Kenya has, in the past, experienced various forms of conflict during and after elections. Historically there are regions more prone to political unrest; Nakuru is one such. However, in the just concluded 2022 general elections, Nakuru told a different tale.

“My most significant prayer on that chilly-rainy morning of 9th August 2022 was that there would be no violence at the polling stations and in the county in general,” Sighed Immaculate Makobi, a Nakuru resident and loyal listener of Amani Community radio in Nakuru. Adding, Makobi said voting is an important constitutional right, but the exercise sometimes comes with challenges.

Nakuru is one of Kenya’s economic hubs, which is quite metropolitan, with a diverse number of Kenyan communities. Also, it is among the top tourist attraction centers in Kenya.

The history of resettlement of people in Nakuru and its environs appears to have rubbed residents in the wrong way. As a result, it has been one of the sources of conflict in the area. The situation is made worse by land contention issues and a lack of clear land rights in some areas.

In efforts to help maintain peace during the 2022 general elections, various stakeholders made deliberate efforts to equip journalists with conflict-sensitive reporting skills. Radio Amani journalists were some of the beneficiaries.

Media plays a critical role in agenda setting, and journalists trained in conflict-sensitive reporting are well-placed to promote peace among communities during the election period.

Radio Amani began broadcasting in Nakuru in 2009, aiming to bring cohesion among the communities, civil education, and embrace the diverse cultures to live together as sisters and brothers. The name Amani, the Kiswahili word for peace, stresses their core mandate to promote peace. Radio Amani is a community radio station frequency of 88.3 and is the area’s trusted voice of hope, reason, and peace advocacy; its reach range extends to the neighboring Baringo county.

A report by National Cohesion and Integration Commission (NCIC) published on 31 May 2022 stated Nakuru was among counties mapped as high-risk gearing toward Kenya’s 2022 general elections. Similarly, former cabinet secretary for interior affairs, Fred Matiangi, reshuffled police commanders within the rift valley region towards Nakuru in preparation for eventualities. To their surprise, Nakuru residents were peaceful and embraced the results. Also, regionally, Kenya was rated among the best-growing democracies despite reported irregularities.

Engaging in constructive journalism to inform, educate and entertain a mass audience, especially in community radio stations, Radio Amani Fm was deliberate about its efforts to encourage peace; hence it re-engineered the content it produced to avoid the dire consequences that uncensored content could have on society.

Hailing from Rhonda ward west of Nakuru, Kinyanjui Kamau is one religious listener of Amani Fm. “The reporting of election issues on radio Amani in my opinion was fair on all political divides. If that approach were taken on other aspects of life in this country, we would have improved relations of all citizens,” said Kamau. Adding the station went beyond just informing; the station’s programs educated and advocated for peace and harmony of the residents. Kamau also felt that Radio Amani is the voice of ordinary citizens.

Retail business owner Mercy Chepkemoi, a frequent listener of Amani Fm, said the station reporting was non-discriminatory. “They also emphasized the question of peace in the community,” said Chepkemoi. She also likes that the stations have content on Christianity, especially catholic programs. 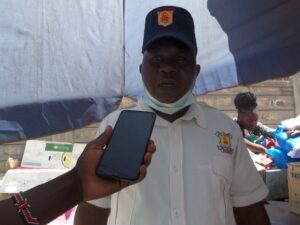 Radio Amani’s Director, Sr Michelle Njeri, said, “Radio Amani informed and educated the listeners on general elections on expectations and procedures.” Further, Njeri said the station gave a platform to the people vying to express their manifestos on how people in Nakuru will benefit. This was done objectively and without favour. “ Together with that, our messaging on peace before, during, and after elections played a key role in ensuring peace and cohesion. We used spots, mentions, features, group discussions, and on-air hosting,” Sr Njeri.

The features the journalists did went a great way in ensuring peace was promoted. The station has continuously been acknowledged as an ambassador of peace. This is through the training and engagement from KCOMNET and other like-minded stakeholders. Moreover, Sr Njeri said, We have used the radio platform extensively in engaging the people of Nakuru and beyond through our targeted programming and online engagements. Being a cosmopolitan Nakuru, people are more accommodative and issue based on the point of view rather than tribal affiliations.

Radio Amani’s editor Eric Kemutai, “we did quite of program reshuffling during the election to accommodate the happening of the day,” Said Kemtai. He also elaborated that they have included many audiences’ needs in their different programs while instilling hope. “We actively promote peace; we designed and aired peace messages from people who are considered pillars in the Nakuru community,” Said Kemutai. Presenters at the station also recorded peace messages urging their fans to remain calm and peaceful despite the outcome of the elections.

Radio Amani ensured they had someone at the central Nakuru polling center who gave real-time information on election tallying. Kemutai recalls a complex show he and other presenters in the station worked on, “We did a reflective show where the case studies of pasts were used as learning tools.”

Kemutai further their efforts as a station to promote peace paid off since there was no violence in Nakuru, especially after the much-awaited presidential result. “After the results, we thanked our listeners for remaining calm; as the station’s name is Amani, we continue to promote and encourage peaceful coexistence among the diverse communities in Nakuru and Baringo counties, where we also broadcast,” Said Kemutai. In addition, Kemutai said the training by KCOMNET sensitive reporting helped journalists to gap hate speech while improving their reporting and running their shows.

We caught up with Madelina Mkirema, the mid-day presenter at radio Amani. Mkirema presents a Cheruka show which runs from ten AM to two PM. She tackles multidisciplinary topics such as youths, persons with disabilities, entrepreneurship & businesses, rights according to the Kenya constitution, nutrition, the Kiswahili language, Agriculture, and farming. “The training offered by KCOMNET on the electoral process and sensitive reporting was such a game changer to me; it opened my eyes to think outside the box on conflict reporting,” said Mkirema.

Adding, Mkirema said the training incorporated practical case studies that were easily comprehended, making it easier to practice the skills in duties at work. “There are various sources of conflict affecting residents in Nakuru; for instance, land ownership and division issues, cattle raids, insecurities caused by the lack of employment among the youth who join Gang groups and raising cases of gender-based violence,” said Mkirema. Mkirema stressed that the training was essential in preparing journalists to focus on such sensitive cases by giving the entire context of the matter and reporting factual information. 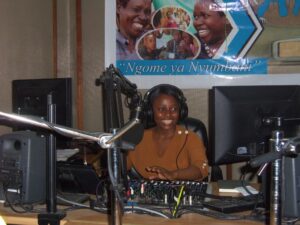 Looking back on her reporting career Mkirema said the 2022 general elections is her second election to cover. “It felt different because I now know I did not have the skills to cover 2017; it is difficult for a female journalist to cover the election. One required more caution than the male counterparts, especially because of the harassment issues,” said Mkirema.

Station profiling is based on the assumptions of political affiliation due to tribe or community. Moreover, Mkirema said that the training reminded journalists of ethics and best practices which were crucial in highlighting how they reported the elections this time round. “I endeavored to have balanced content during and after elections by giving a platform to aspirants of the different parties, including independent aspirant candidates,” said Mkirema. Further, Mkirema noted that through her programs, she informed the listeners about their role in ensuring peace prevailed and encouraged the youth not to be used as political toys.

While Gladys Kinyua, the afternoon drive show presenter, said she covers human interest issues such as health, family, and mental health. “The training ensured that we as journalists learned how to survey, get the data, and report accurate fact-checked information,” Narrated Miss Kinyua. Further, Miss Kinyua said the training prepared the women journalists to assess their safety and security by planning and anticipating some safety concerns with mitigation measures.

Narrating Miss Kinyua said being a professional meant that presenters kept their feelings and personal opinion out of the news reporting to remain impartial. “In the act of balance, one of the key lessons I learned from the training was the choice of language is crucial. I was taught patience, which helped in not announcing winners before the IEBC returning officers declared them. I also avoided commentary that would be misunderstood,” Miss Kinyua. Adding, Miss Kinyua said the use of a delay mechanism before live broadcast helped them filter any chance of hate speech; it was much harder to control the messages on social media though they attempted to.

Moselinho Alari, the Amini night show presenter, in his approach to cover the election, invited guest experts to shed light on the happening of the polls then. “We educated the potential voters on the diverse election process and even offered to advise on the does and don’ts, for instance, that after casting their votes, we advised them to attend to their daily routine work,” Said Alari. In addition, Alari felt strongly that the calmness and peace experienced in religion after the election, despite the result, could be credited to the content they fed their listener in that period. 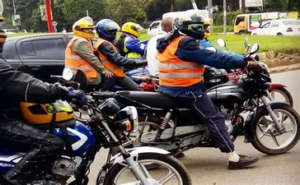 Amani Fm illustrates how media plays a critical role in addressing key issues of society, including promoting peace and cohesion. Therefore, the media must deliberately continue its efforts to encourage and enhance community peace.